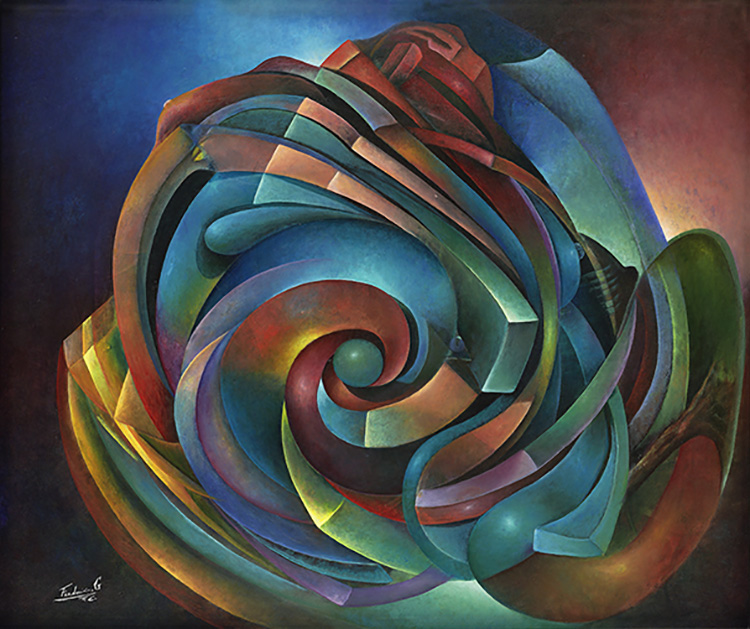 Frederic is currently a full-time working artist, but getting there wasn’t easy. As a child in Haiti, art classes were not offered in school. Frederic satiated his desire to create by drawing, yet he longed for more.

“I always wanted to touch paint, but I couldn’t pay for it,” he says.

As a young adult, art supplies were expensive and steady employment was hard to come by. In 2008, a fellow artist who saw Frederic’s talent bought him brushes and shared his paints, so Frederic could begin his artistic journey. When canvases weren’t available, Frederic would paint on his own T-shirts. He began selling his painted shirts to friends and American mission teams for money to buy more supplies.

Under the mentorship of other artists, Frederic’s career grew. He painted murals for the World Health Organization, worked on commissioned paintings and sold 14 original pieces at his first solo exhibition. In 2013, Frederic moved to Green Bay and married his wife whom he met while serving as a security guard for her mission trip team in Haiti.

Frederic’s first trip to Green Bay included a stop at Artstreet, a three-day art festival showcasing works by artists from around the country. “Artstreet was the biggest exposure,” he says. “I saw all these beautifully talented people down there and stuff I’ve never seen before.”

At the root of Frederic’s work is universal human emotion and perhaps that is why it speaks to audiences across cultures.

“I just use the color that’s inside me,” he says. “Everything I feel, I paint. If you can feel it, you can paint it.”